Gauteng – religious watchers were last week startled, yet again, by what apparently looked like a fake resurrection of the dead. Pastor Alph Lukau of the Alleluia Ministries International, was on it again. He was captured on video camera while calling to life a corpse in the casket. The deceased, dressed to be buried, was said to have been in the mortuary for three days.

Nothing is quite as it seems. There has been a spring of revelation, thereafter, about the supposed dead man who has been identified by the names Elliott/Brighton Moyo.

According to a man claiming to be his employer, he has since been arrested. Brighton was an employee at a wood-working factory in Pretoria and looked healthy the last time he was seen at work.

A version of public comments has it that the acclaimed resurrected man is well known to Pastor Alph Lukau as a church cameraman.

His employer revealed that this was not the first time Brighton had been an actor in the show of miracles. He has previously pretended to be wheelchair-bound in order that he was healed by the pastor in front of the masses.

The CRL Rights Commission has since reacted to the resurrection scandal in a press briefing. Its chairperson, Thoko Xaluva-Mkhwanazi said that the commission would carry out an investigation into the matter. 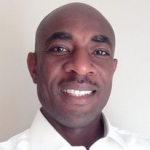 Ibrahim Magu out of detention

Lawyer claims Husspuppi was either illegally arrested or kidnapped